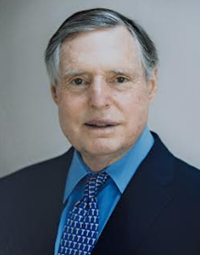 High School Achievements:
Track Achievements:
Varsity letter in all three years. Was the team high scorer in junior and senior years...Captain in senior year. Won points in the 220 yard dash, 440 yard dash, highjump, broad jump and anchor of relay teams...In a number of meets won first in four events (the maximum permitted by one competitor)...Junior year, won the 440 in the South-Central League Championship and placed 5th in the State meet...Senior year, won and set League records in the 440 and the 220 and won points in two other events in the League Championship...In that year, he won 3rd and 5th place, respectively, in the 440 and 220 at the State meet.

Contributions:
● Has made contributions as leader, speaker, writer and innovator in his chosen field of tax and business law. He has been a leader on the national stage of tax law, lecturing at national tax and bar association meetings, and contributing to the understanding of tax law through the publication of scores of articles in leading legal journals.
● In 1976 he presented testimony to the House Ways and Means Committee on the Bankruptcy Tax Act enacted in that year.
● Victor is the largest shareholder and the Chief Executive Officer of 3Dlcon Corporation, a public company with 9,000 shareholders which is a leader in the emerging field of volumetric three-dimension display.
● Keen is a member of the board of Research Frontiers, Inc. (public company) (REFR; smartglass.com), which engages in the development and application of the newest technology. Research Frontiers is exploring "smart light" frontiers. Appl ications include "smart windows" that control light transmission for eyewear, auto sunroofs and mirrors, etc.
● Holds the position of Board Observerfor Egenix, Inc., a bioresearch firm focusing on developing treatments for several specific cancers.
● Involved in activities that directly support and enhance the artistic and creative communities in which he resides (Philadelphia, year round and Cape May, NJ in the summer)
● Keen is a major financial supporter and board member of two major theatre companies in Philadelphia and of a support organization for the development of new plays (PlayPenn).
● Has renovated a 150-year-old church in Philadelphia displaying his extensive art collection, which he has bequeathed to Trinity College at his death. He gives tours of the gallery, and frequently makes the gallery available at no charge to educational and charitable groups for fund-raising and other events.
● Victor and is wife Jeanne operate a venue in Philadelphia for emerging dance companies called the Performance Garage (ruddydance.org). They have had over 300 dance companies who have rehearsed or performed in the space over the past 10 years.

Related Activities:
● Victor continued his athletic activities after graduation from college (where he was a varsity competitor in basketball and track) by competing in eight marathons and over 50 competitive road races from 1970 to 1990, winning age-group medals in many of them. More recently he has turned to biking, has participated in 3 "centuries" (100-mile rides), and in the summer months rides 20-30 miles on most fair weather days.

Personal:
Keen lives in Philiadephia, PA with his wife, Jeanne.