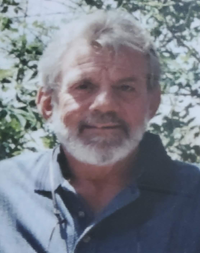 Achievements:
High School:
● Lettered three years playing football (linebacker).
● Set a Colts football school record with 103 tackles, over double the number of any of his other teammates.
● Led the team in tackles his junior and senior years.
● In one game was credited with 15 tackles in a losing effort.
● Also a three-year letterman in wrestling.
● Undefeated his senior season on the Colts wrestling team.
● Broke his hand near the end of the season and was unable to wrestle in the state tournament.

College:
Recruited Pueblo Junior College (PJC) in the Fall of 1962, which became Southern Colorado State College (SCSC) in 1963.
A member of the National Honor Society who enjoyed great academic success not only at SCSC but in his studies thereafter.

Achievements:
College:
● Played for Head Coach Joe Prater.
● Inserted into the starting football lineup as a freshman.
● Second on the team in tackles his freshman year with 96, only behind Bob Busia (who had over a 100).
● Had over 100 tackles all three of those seasons while also playing most of the time on offense.
● Led the team in tackles during the first three years of the football team's existence.
● Started both ways on the football team: as the monster or roving linebacker on defense and as guard on offense.
● Also an integral part of special teams, beoming the all-time punt blocker with seven in his three years at SCSC (a record that may still stand).
● Selected to the First Team All-Rocky Mountain Athletic Conference Football Team.
● Many coaches felt that he was one of the best linebackers to ever play at Southern Colorado University.
● School President as well as defensive captain all four years on the football team.
● Graduated with athletic and academic honors.

Football Side Note:
● A powerful supporter of the team off the field as well. Coach Prater required each player take a coat and tie on trips and all players evidently did not possess those items. Sam would get them a loan or a charge account at a clothing store and make sure they had the required coat and tie.

Honors:
● During high school and college, he was always in the top ten students of his class (both H.S. and college).
● Served as President of the Student Government at South High and SCSC proving that his leadership extended beyond the football field.
● Offered an athletic scholarship to the United States Air Academy.
● Received his appointment to the Academy from the Colorado State Congressional Representative.
● Could not pass the physical because he was color blind. This was one of his greatest disappointments.

Related Activities:
● Established the varsity alumni game which was a great fundraiser for the college (alumni vs. varsity football game).
● Coached and played in the Alumni game about 15-16 years before he quit playing
● Became an outstanding faculty member at Colorado State University.
● Also an outstanding racquetball player -- one of the top ten players in the City of Pueblo.
● Played racquetball three weeks before he died.

Professional Affiliations:
● Served as the Dean of Men at Hiram Scott College in Scottsbluff, NE.
● Came back to SCSC and joined the Psychology Department.