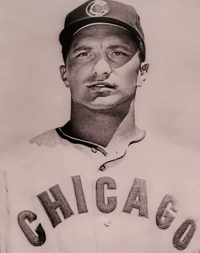 High School:
Busia attended Pueblo Central High his sophomore and junior years. In his senior year he was in the first class to graduate from the newly built South High School. He was elected the first secretaryltreasure of the school. His twin brother, Richard being the first president of South High.

"Bob" was a two way starter in football his junior year at Central High. During his junior year, Central was the South/Central League Champions, finishing 2nd in the state playoffs. He also was a starter on Central's baseball team.

During Busia's senior year at South High, he was a two way starter on the football team. He was selected to the All-Conference South/Central League team and the North/South All-star football team along with his twin brother.

College:
After graduating from South High, "Bob" was given a full scholarship to play football at the University of Wyoming. However Robert decided after his freshman year, he wanted to come back to Pueblo and play football and baseball for Southern Colorado State College (SCSC).

While attending SCSC, Busia started as offensive guard and defensive linebacker. According to Coach Donald Stutter, Bob averaged 10-12 tackles per game. He also never missed a game due to injury or otherwise.

Robert started at 1st base on SCSC's baseball team. The end of his senior year he signed a contract to play for the Pittsburgh Pirates. He was the first player from SCSC to sign a professional baseball contract. After bumping around in the minor leagues, "Bob" decided to take a coaching job at Western State College in Gunnison, CO on a graduate fellowship.

On October 18, 1965 on a scouting trip he and two other coaches along with the pilot, were killed returning on a small plane to Gunnison. Bob Busia was 22 when he died that day.