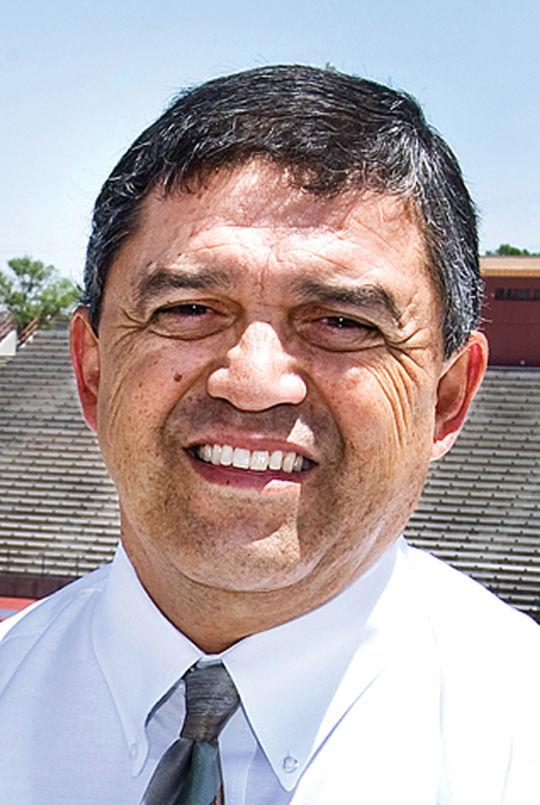 College:
Macias went on to run at the University of Southern Colorado on a cross country/track scholarship.

Contributions:
In November 2011 Rick spearheaded the USC/Denver Broncos Grassroots Community Grant to purchase new synthetic turf at Dutch Clark Stadium. With the help of Dan DeRose, Tony Taibi, and John Fujimoto, District 60 Athletics was awarded a matching grant of $400,000 and in 2012 new artificial turf was installed at Dutch Clark. The next phase of improvements to Dutch Clark Stadium came in August 2015 when a new $475,000 32'x67' video scoreboard was installed. The funding for the scoreboard came from leftover grant money plus corporate sponsorships secured by Rick, Ron Guarenti, CEO of Pueblo Electric and Bob Lawson, Director of Facilities. This scoreboard is the biggest high school scoreboard in Colorado and allows for live broadcasts, instant replays, and is run by state-of-the-art computers and cameras. District 60 then established the Media Production.

Personal:
Macias is a long-time Pueblo resident (close to 60 years)... He is married to his wife, Lori.