By Jeff Letofsky
The Pueblo Chieftain
May 9, 2018

The basketball court at Central High School is named in his honor. And for good reason.

A teacher and coach at Central for 30 years, Ranson was inducted into the Greater Pueblo Sports Hall of Fame in 1978 and into the Central Hall of Honor in 2010. 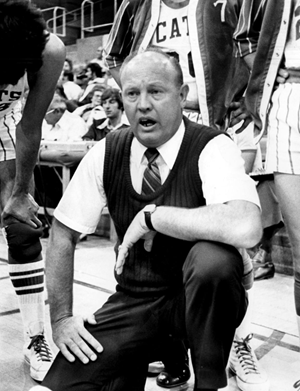 Ranson's son Brad, the current Central boys basketball and baseball coach, explained his father rather eloquently: "A very sweet man who cared about kids, was in it for all the right reasons. He just loved doing what he did. He loved kids, loved to make them better. He treated them the same, no matter their color or talent level and wanted to develop a shallow man into a good person. Wins and losses came and went. He was all about making kids better, whether it was in the physical education class and in the classroom, to the baseball, basketball and football field. That's what he did and what he was. At the end of the day, he had one thing on his mind: Be fair and treat everyone with respect."

A teacher and coach at Central for 30 years, Ranson was inducted into the Greater Pueblo Sports Hall of Fame in 1978 and into the Central Hall of Honor in 2010.

Ranson ws born in Florence and went to high school in Canon City, where he was a four-sport, 11-letter standout, playing basketball, baseball, track and football.

He went on to Colorado A&M (now CSU-Fort Collins), graduating in 1950 after playing four sports (football, basketball, baseball and track) for the Rams. As a first baseman, Ranson played on the only team in CSU history to play in the College World Series (1950). As a member of the track team, he set the Marine Corps record in the high jump (6-3 5/8).

Ranson finished runner-up to Thurman "Fum" McGraw for the Nye Award presented to the school's most outstanding male athletes his senior year. He was inducted into the CSU Hall of Fame in 2003.

Ranson was a player/manager in the summers of 1956-57 for a semipro baseball team in South Dakota.

He perhaps is best remembered for his boys basketball coaching stint at Pueblo Central that spanned 30 seasons. His teams posted a 238-133 record during his tenure and he was selected to coach the South all-state basketball team in 1964.

He also coached baseball at Central during his career. 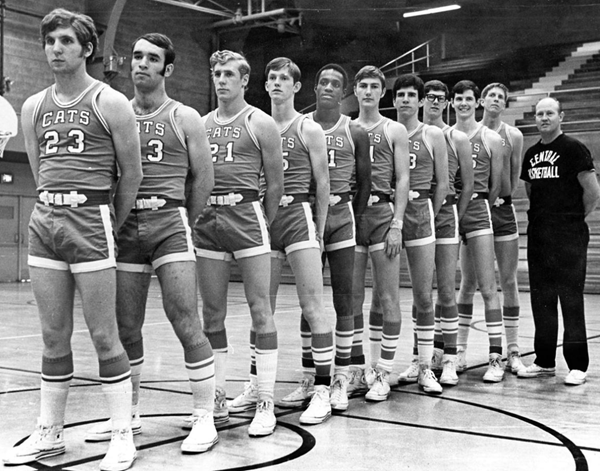 Ranson is remembered fondly by many who knew him well: 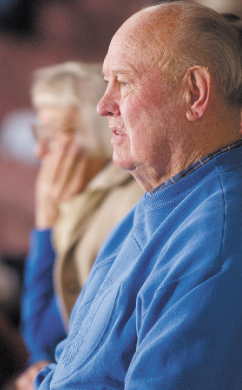 Jim Ranson watches his son Brad coach a Central High School boys basketball game in 2004. Chieftain photo/fileCentral
Joe Folda, former Colorado State University-Pueblo men's basketball coach and outgoing athletic director: "I think he was possibly the most outstanding coach we had in Pueblo. I remember his teams when I was coaching at Holy Family High School. I just heard about his teams. He was a great one. He was a great guy that had time for everybody. He had a really good, full life. He was one of the top-notch coaches not in just Pueblo, but the state."

Dave Craddock, former Central student, football coach and athletic director: "When I was a student there, he was bigger than life. He was one of those legends of many who passed through Central. He and his family were incredible people. I played basketball for a year as a freshman and being exposed to him was an honor. Of all the great things we expect from coaches, he coached fundamentals, made his teams better and made you better as a person. He affected generations of kids."

Chuck Kochenberger, former Central assistant boys basketball coach under Ranson for 14 years: "He was awesome, larger than life. He was a role model, family man and it was a privilege to say he was my friend. What a motivator. There were times I wanted to suit up after he talked."