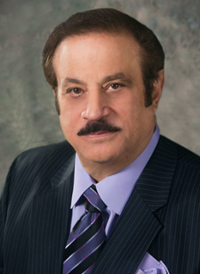 High School:
Attended Pueblo South, graduating in 1970...Three year letterman for the Colts football team (guard/linebacker) and wrestling teams (1968-70)...Played both ways on the gridiron (offense and defense)... Two year participant in the state wrestling tournament...Finished carer on mat with 67 wins and 12 losses.

College:
Went to Western State College, earning a wrestling scholarship (three years - 1970-73) with the Mountaineers and graduating in 1975...Qualified for National Wrestling Tournament his sophomore and junior years...Recorded a career record of 75 wins and 18 loses.

Contributions:
Became one of the most successful entrepreneurs in Colorado and has served on many committees...He has contributed to the Junior Achievement Program, served as Chairman of the Pueblo Chamber of Commerce, is on the Board of Directors for the Catholic Diocese, and is on the Foundation Board for Western State College...Louie has contributed and supported various sport activities in and around Pueblo...He supported and sponsored a wrestler in 2000 Olympics in order for the wrestler to participate and compete in the games...Louie was the Co-chairman of the campaign to pass the half-cent sales tax for PEDCO.

Personal:
Lives in Pueblo with his wife, Dorsey.