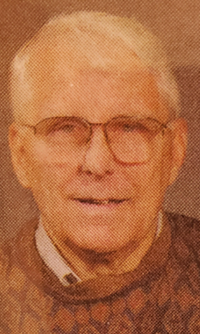 College:
Went to the University of Arizona (UA)...Loren broke his leg playing baseball his freshman year at UA.

After College
Moved to Pueblo and spent four years bowling and played a year of slow-pitch softball on a team that took runner-up honors.

Contributions:
● Responsible for developing the Pueblo Sports Booster Club at a Sports and Recreation Task Force meeting on April 4, 1972.
● Chairman of the Sports and Recreation Task Force that called a meeting on August 1, 1972 and named Sollie Raso selected Interim President which marked the beginning of the Greater Pueblo Sports Association (GPSA).
● Co-founder of the  GPSA which came into existence on September 27, 1972 with Sollie Raso serving as Interim President and Kilstofte as Secretary.
● Served six one-year terms as Secretary (1972-78), two one-year terms as Vice-President (1980 and 1990) and President (1981 and 1991) for the GPSA.
● Served on many committees for the GPSA.
● Member of the Pueblo Charter Lions Club for 42 years.
● Worked as a football official for four years and a member of the Pueblo Study Group.