When Rich Lane walked into East High School as a freshman, he was 4-foot-10 and weighed 89 pounds.

So much for dominating in athletics. On the field, anyway. 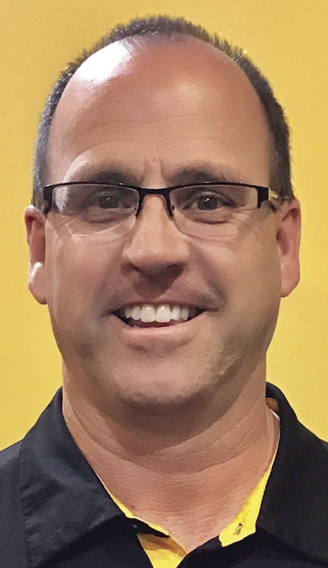 But Lane was competitive. So he ran track and battled his three older brothers in everything, like brothers do.

Lane, too, was smart. Math and science were his forte and it was his analytical mind, not his athletic ability that would deepen his love for football.

For nearly 30 years, Lane moved around the X's and O's on a chalkboard like figures in a complex math equation. As an assistant coach, usually an offensive coordinator, he avoided the spotlight the same way he taught his quarterbacks to avoid linebackers.

Success, to Lane, wasn't dictated by the scoreboard, though he won more than he lost. His victories were the relationships he forged and the hundreds of lives he helped shape through the years.

Here's his most-telling stat: Lane served as an assistant football coach in Pueblo for 28 years -- 25 of them for free.

It is that selfless commitment to the game and to the community that earned Lane a spot in the Greater Pueblo Sports Association Hall of Fame.

Indeed. Lane would have rather talked about the hall of fame credentials of anyone other than himself.

"If you coach to get recognition, you're in it for the wrong reasons," he said. "I did it because it was fun and it was my way of staying and being competitive because I love football. And it was a way to connect and help out young people."

Lane, 55, ran track at Colorado State University-Pueblo and then started to help his brother, Keith (GPSA, 2011), who was the head coach at East. He followed Keith to Pueblo West for a stint, and then back to East and was one of many volunteers who helped the Eagles start their run of back-to-back-to-back Class 3A state championships.

"I got my degree in physics and was an engineer and I would go to Unisys early so I could leave early to coach," he said. "Then I was working in the Springs and would leave at 4:30 in the mornings so I could get there early, work and then leave in time to make practice. But it was worth it."

There also were several seasons at Pueblo County High School, three years with the semipro Pueblo Crusaders (he also played wide receiver) and one year, the first year, with the ThunderWolves.

"I am content with just being part of a team," Lane said. "I never wanted to be a head coach, or 'the' guy. I've been a part of a lot of great wins and championship teams. It's been a lot of fun."