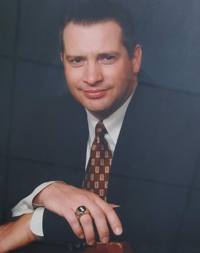 Personal:
Resides in Colorado Springs, CO with his wife, Shelese.