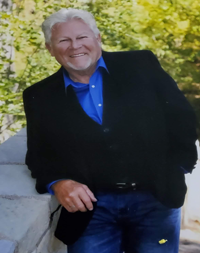 Achievements:
High School:
● A three-sport athlete (football, wrestling and track) and an eight-time letter winner for the Colts.
● Won Districts and qualified for State in wrestling 1964-1965.

College:
● Accepted a full ride scholarship to Western State College (WSC) for football, however he left WSC after one year to begin and support his family in Pueblo.
● Attended USC where he received a BA in Physical Education in 1967-1970...Received his master’s degree in physical education.

Occupations:
● Began his teaching career in Physical Education at Jefferson Elementary in 1970.
● Moved to Heritage Elementary when Jefferson closed.
● Provided 30 years of teaching and mentoring grade school children and retired in 2000.

Personal:
Frazier was born in Pueblo, CO in 1948...He has been a residence of Pueblo for over 70 years.