She was a 14-year-old who had barely started high school.

And she was competing with cracked heels on both feet.

But that didn't stop her from making history.

She stood atop the balance beam, executed a near-flawless routine, stuck the landing and then happily leaped into the arms of assistant coach Keith Frazier. 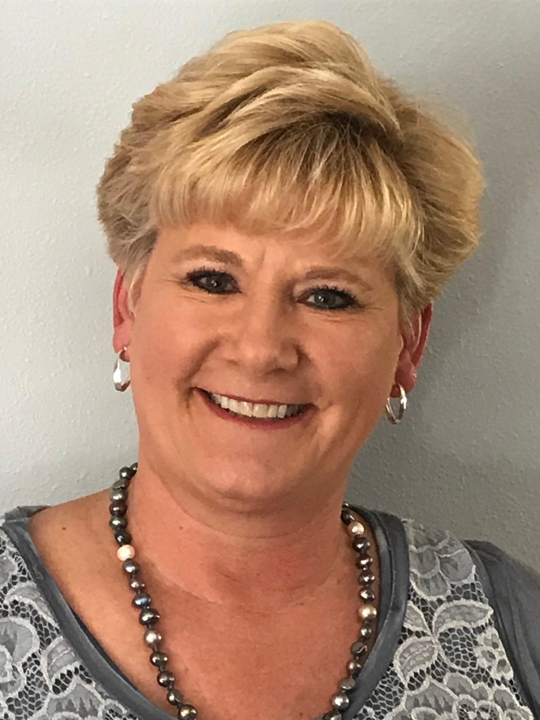 Now nearly four decades after her clutch performance in the 1978 state gymnastics meet, Eileen Krasovec-Perez has landed a spot in the Greater Pueblo Sports Association Hall of Fame.

"I have so many great memories from that time," Krasovec-Perez said. "It wasn't so much about me, it was about our team. Being a part of a close-knit team, that pushed me even more to excel. Winning state with girls I grew up with was really exciting."

Krasovec-Perez is the first and only Pueblo freshman to win an all-around state gymnastics title.

Her first floor routines were performed in her family's living room. While her brother, Rudy, practiced on the accordion, 3-year-old Eileen was dancing and tumbling around the room.

"I was all over the place," she said with a laugh. "I had a ton of energy and I was really strong."

She joined the Pueblo School of Gymnastics with coaches Jim and Jan Lucero. She practiced before and after school, and started competing when she was 8 years old.

"We had to be really dedicated and disciplined," she said. "We had to keep our grades at a B or above."

The young gymnasts traveled all over the country in a mobile home, competing in events in states that included Florida, Texas and Montana.

When she was 14, Krasovec-Perez competed at the Astrodome in Houston, Texas, and qualified for the Junior Olympics.

"That was an awesome experience," she said. "I will never forget it."

She made an immediate impact when she started competing at Central under head coach Sonja Melton and assistant coach Keith Frazier.

The 1978 state meet in Denver came down to the event's final routine when Krasovec prepared to compete on the balance beam.

"Sonja tried to tell me what I needed for a score and I said, 'Don't tell me,' I didn't want to have to think about it," she said. "And then Keith said, 'Eileen, just stay on the beam and we will win.'"

She stayed on the beam and stuck the landing.

"It was the perfect way to finish it," she said. "Just perfect."

She won state while competing with broken bones in both heels.

"I did a backflip on the beam -- I was the only one who did that back then," she said. "They had wooden beams and they weren't padded like they are now. It hurt -- it hurt a lot when I competed. I iced my feet between events and then taped them back up."

Krasovec placed second in the state all-around competition as a sophomore, but the rest of her high school career was plagued by injuries.

Two years before winning state at Central, at age 12, she broke her neck.

"I hit the end of the beam with my head doing a dismount and cracked my head," she said.

During her junior year, Krasovec suffered a nasty fall at a meet at Cherry Creek.

"I was doing a dismount," she said. "I hit the bar and it busted and hit Keith in the face. He wasn't able to catch me and I flew up in the air and hit the gym floor. I landed on my head and shoulder, and sprained my back and my neck."

During her senior year, she was injured at Cherry Creek again. This time, it was on a dismount off the balance beam.

"My knee popped out sideways," she said, "and that pretty much ended my career."

She had surgery after tearing ligaments in her knee and then developed a staph infection. She remained hospitalized for one month and five days. Her mother, Bernice, stayed with her the entire time.

"I had so much support from my family," Eileen said. "It was a rough time. I walked with a cane for a year after that."

She ended up having 10 surgeries on her right knee. The 10th surgery was a knee replacement.

She said one of her favorite memories came during a home meet at Central.

"I did a vault and I landed sideways," she said. "I stuck the landing, but I got a 0 because I landed wrong. When they posted the score, my mom was standing and clapping and cheering.

"That was right after Nadia Comaneci scored a 10 in the Olympics. My mom thought it was a 10 when they showed the score, but it was actually a 0. It was a funny moment that we still laugh about."

Krasovec-Perez has given back to the sport as a coach and a choreographer.

She has been married to her husband, Vince, for 24 years. Their daughter, Angela, 22, is a Colorado State University-Pueblo graduate.

Krasovec-Perez, 53, is now an assistant to the CEO at St. Mary-Corwin Medical Center in Pueblo.

"It's exciting to be selected for the hall of fame," she said. "I'm very humbled by it."

She's now had one knee and both hips replaced.

"Looking back on it, I would do the same thing all over again," she said. "I loved competing. It was all worth it."