The love of basketball paid off for newest hall member

Carol Cosby's fondest memories of playing sports weren't necessarily in a gym or on a high school court.

Sure, she was part of a state basketball championship as a sophomore and went on to play in college. But her favorite memories of playing basketball were as a kid, in her driveway, with her brother and the boys and girls from the neighborhood.

"That's all we'd do, from when we got home from school until went to bed, was play basketball," Cosby said. "It drove our parents crazy."

It also drove Cosby, the former Carol Barker, to become the basketball player she was. She was a sophomore on Pueblo County's 1981 state championship team and her senior year was named the Class 3A player of the year when the Hornets were state runners-up. 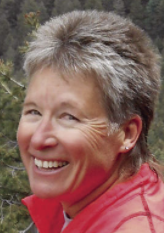 She went on to play at Adams State University in Alamosa where she was an all-conference performer on a team that won an NAIA district championship.

Cosby will be one of 13 individuals inducted Nov. 15 into the Greater Pueblo Sports Association Hall of Fame.

That, she said, can be traced back to the driveway.

"We didn't go to gym or have club teams," Cosby said. "We didn't have all this they have today. We had the drive to do it ourselves.

"This is such an honor. There are lot of people in there who are well-known. It's an honor to me because it shows that hard work gets you far in life, whether it's now or later."

Cosby, 52, spoke of a time when boys and girls didn't have the pressures growing up to specialize and play one sport at such a young age. She spoke from experience, too.

At County, Cosby played basketball, volleyball, tennis and also was a member of the swimming team.

In college, in addition to being a standout on the basketball court, Cosby joined the softball team for one season. She even pitched a game.

"I think it made me a better athlete and a better person," Cosby said. "Now these kids don't have that opportunity. I hear it all the time, but I tell them to (play more than one sport) and have fun doing it. After high school, that's it."

Cosby has been the Director of Parks and Recreation in Pueblo West since 1995, a job that keeps her close to sports. She also coaches basketball, volleyball and track and field at Skyview Middle School.

"I wanted to give back to the kids and give them what I enjoyed when I was a kid," Cosby said. "I see it all in my job. I see 4-year-old kids playing tee-ball and parents yelling at them because they're not paying attention and playing in the dirt. They're 4 years old. Let them have fun.

Cosby even has adopted fun into the motto for Pueblo West's Parks and Recreation department.

"Every time we went out on that floor, it was teamwork, it was having fun, it was working hard," she said. "There were a lot of good girls on that teams. We all got along. We did things as a team. We worked hard to get where we got every game, but we had fun. That's what made it special."