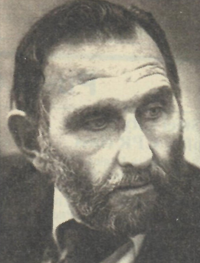 High School:
Attended Salida H.S. in Salida, CO where he graduated in 1944.

College:
Went to Western State College (WSC) in Gunnison, CO graduating in 1950 with Bachelor of Arts degree...Worked on a Masters of Arts at WSC, graduating in 1957...Also attended Colorado University, Colorado College, Williams College and the University of Northern Colorado.