Football defined inductee as a prep and college player and coach

Greg Critchett remembers sitting at the dinner table as a child discussing with his mother life's struggles at that point.

"I was always bigger than the other kids," Critchett said, "and that was hard at times. I'd get made fun of in terms of being big."

So during that dinner his mother asked him what he wanted. His answer was simple. He wanted to play football

It became football that would define Critchett, who went on to be a standout at Centennial High School and later Adams State University. 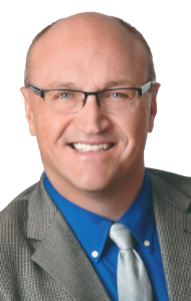 He turned his on-field success into a long coaching career, one that continues today as the cross-country coach at Cherry Creek High School.

But football became life for Critchett and helped him become who he is today, both personally and professionally. And football is the reason for Critchett's latest accomplishment.

Critchett will be inducted Nov. 15 into the Greater Pueblo Sports Association Hall of Fame. He is one of 13 individuals honored this year. The GPSA was established in 1972 and inducted its first member in 1973.

"It's been pretty humbling, pretty amazing," Critchett said. "Too often you don't have time to look back. We're so worried about moving forward all the time that when you do take a step back and look back, it's fun."

Critchett is a 1988 graduate of Centennial, where he competed in football and track and field. On the football field, he was an all-state offensive lineman and helped lead the Bulldogs to a state championship in 1987. A season earlier, Centennial lost in the semifinal round.

Winning followed him to Adams State, where he helped the Grizzlies find national success. Adams State was the NAIA national runner-up in 1988 and reached the national semifinals a year later. Critchett was a four-year starter for the Grizzlies.

After leaving Adams State, Critchett was back in Pueblo and back at Centennial. He joined the football staff of the Bulldogs, which was led by Tom Brockman and included legendary coach Jim Grieve as an assistant.

Centennial won a state championship in 1992 -- the last for the school -- and helped fuel a future for Critchett. He was an assistant coach for one season before joining the staff at New Mexico Highlands.

"To be part of two championships was definitely a great moment," Critchett, 47, said. "It feeds that fever -- this is what I want to do."

Critchett eventually became the head coach at Highlands for two years before returning to Colorado. He was hired as head coach at Cherry Creek, spending five seasons guiding the Bruins. Creek was the Class 5A state runner-up in 2004.

He later spent two seasons as an assistant football coach at Douglas County before returning to Creek. He was the school's track and field coach for six seasons and has coached cross-country since 2013.

"The longer you go in the game, or in sports in general, it's so much less about strategy and Xs and Os," Critchett said. "You focus more on the person. It's about the person and what makes them tick.

"It's something you wish you could tell the young you. You know it's important and love the strategy breaking things down, but it's about the connection with people."

That philosophy has helped Critchett outside of sports as well. He teaches physical education and health classes at Creek. A few years back, he started a personal fitness class. He's also helped establish an adaptive P.E. class for special needs kids. He was named in 2016 as Cherry Creek's teacher of the year.

Stepping away from football also allowed Critchett to "regroup and get myself together."

When Critchett left coaching football, he said he weighed around 400 pounds. He eventually lost around 140 pounds, he said, taking part in some small triathlons. He fell in love with the biking part and this summer rode in his seventh Ride the Rockies that covers around 400-500 miles.

As rewarding as that has been personally, Critchett said the biggest rewards have come from former players who have reached out long after leaving his programs. It's that connection he talks about.

Getting there has been the fun part, a wild ride of sorts for Critchett. The next stop is the GPSA Hall of Fame.

"I was shocked. Stunned," Critchett said. "You grow up with these names all around you. It's amazing, really, a heck of an honor. It's not something you take lightly."