Perkins to be inducted into GPSA Hall as athlete, contributor

There will be an extra sense of pride next week when Dave Perkins joins Pueblo's legendary athletes in the Greater Pueblo Sports Association Hall of Fame.

The 67-year-old Perkins is being honored both as an athlete and a contributor to Pueblo's long history of sports.

Making it even that much more special is the fact that the Central High School (class of '67) and Southern Colorado State College (now CSU-Pueblo) was a member of the charter committee that founded the GPSA hall in 1972.

The induction ceremony is scheduled at 7 p.m. Nov. 15 at the Pueblo Community College Fortino Ballroom. 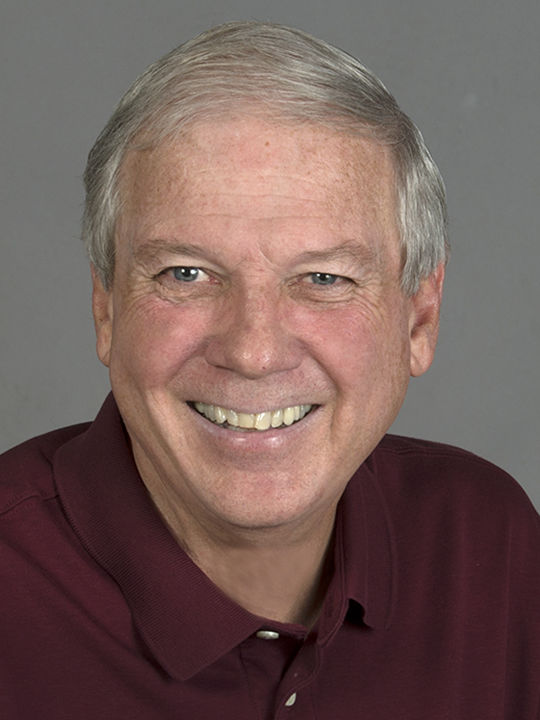 "It is humbling to say the least going in with all those outstanding players, coaches and contributors. You think about all the people who helped you along the way," Perkins said.

Looking back, Perkins said one of the reasons GPSA formed "was to recognize Dutch Clark who was one of the most famous athletes to come out of Pueblo. We thought there should be some way of recognizing Pueblo's outstanding athletes … more than athletes, but also coaches and people who contributed to Pueblo's sports success. I don't think I envisioned it to be as big as it has become."

Neither has he thought about his own selection. "I had to pinch myself when I got the phone call," he said.

"I have had a lot of great experiences in the face of tough competition," Perkins said of his athletic career. "Being an athlete is a blessing. It teaches you so much about life. Teamwork, leadership, learning from mistakes.

"I wasn't the greatest athlete. I was at my best, no matter the sport, when the pressure was on or the game was most important. It's the story of my life."

Perkins' biggest athletic moment was his junior year in high school when he quarterbacked Central to the 1965 South-Central League football championship and Class 3A (Colorado's largest classification at the time) state playoffs. A knee injury in the Cats' state-qualifying playoff game against city rival South sidelined him during Central's march to the state crown.

While Perkins says football is his main claim to fame, he was multi-talented athlete during Pueblo's golden era for high school sports.

He also played on Central basketball and baseball teams, then distinguished himself as an all-star fast-pitch and slow-pitch softball player, and has bowled 30 for 30 years with a couple of 700 series to his credit. He's given golf a try but says "it's a tough game. I admire the people who excel at it. It's the most difficult sport to master."

Along the way, Perkins suffered a broken nose three ­-- maybe, four -- times: First in grade school playing basketball, the second in junior high playing football ("without a helmet") and the third as a high school freshman in an intramural wrestling match. "I though I broke it a fourth time at a doolie at the Air Force Academy where he chose to enter a wing open boxing tournament (instead of trying wrestling again). I had six matches and won five. In the sixth I was knocked out," he said.

His short time at the Air Force Academy provided Perkins the biggest disappointment of his life.

He was recruited by Falcons coach Ben Martin to play football, but reinjured his knee on the fifth day of football practice his freshman year and eventually resigned from the military academy.

"I was physically unable to make the team. I had hopes and dreams," Perkins said. "One of my heroes was Terry Issacson," an All-American selection in 1963 who played quarterback and cornerback as well as handling the punting and return duties for the Falcons.

Perkins transferred to then-SCSC where he earned his college degree.

Perkins said basketball was his favorite sport. "Speed is a god-given talent. It was a weapon I used to my advantage until my football injury. I could use my speed and quickness, and I was a good shooter," he said. "It is a sport that you need to get open and when you lose your quickness, it hurts you. On offense you have to move without the ball. It always has intrigued me the patterns you have to run to get open."

Perkins has remained close to sports events in Pueblo long after hanging up the cleats.

"It's always been a big part of my life," he said.

"I found a way to stay involved as a contributor," he said.

Perkins stayed close to his alma mater through the school's name changes (SCSC, University of Southern Colorado and CSU-Pueblo) and named the USC athletic booster of the year in 1978 and 1979, served as the booster club's treasurer in 1980 and served as a member of the athletic advisory council from 1985 to 1988.

He was a high school sports commentator for both cable television in its infant stages and radio. His broadcasts included the Pueblo Crusaders national champion semipro football team. "It was a kick. That probably was as much fun as I've had in a sports adjunct capacity," he said.