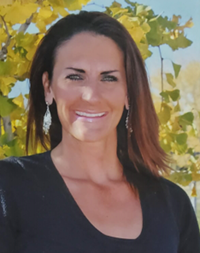 College:
Went to Metropolitan State College in Denver, Colorado, graduating in 1999...Played four years of basketball (center/forward) for the Roadrunners for 1994-98).

Sophomore: CAC Champions; went to NCAA Tournament, Shiloh was Conference rebounds leader (10.8 rebounds per game) and finished second on team in scoring (9.9 points per game)... She was named to Second Team All-Conference...

Senior: Did not play, medical red shirt during the 1997-98 season...Following year, Shiloh played in 24 of 28 games, starting 20, led team in rebounds with 220 (9.2 avg.) as the team finished second in the Rocky Mountain Athletic Conference (RMAC) East Division...Justice was named to Second Team All-RMAC East, had game high 17 rebounds three times, finished fourth on the team in scoring with 245 points (10.2 points per game)... She was named RMAC East "Player-of-the-Week", averaging 18 points and 13 rebounds at the Nebraska-Omaha Tournament and named Tourney MVP.

Advanced Education:
Obtained a Masters Degree in Sports and Exercise Science from the University of Northern Colorado in 2009.

Quote:
"As a person, Shiloh was a great kid, fun, funny, hardworking and a beast between the lines. That is why she is one of Pueblo’s five best-ever women athletes as compiled by The Pueblo Chieftain."
-- David A. Socier (The Pueblo Chieftain)