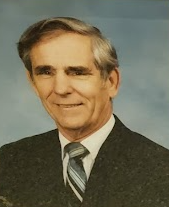 Achievements:
High School:
● Earned three varsity letters each in football and tennis for the Wildcats from 1945-49.
● Member of the football team that won the state title in 1947 and was picked as the team captain his senior year.
● State champion in both singles and doubles on the Wildcats tennis team (probably will never be duplicated since current state rulings no longer allow participation in singles and doubles).
● Served on Student Council.
● Sargent At Arms.
● Member of the Key Club.
● Class President (senior year).
● National Honor Society.
● National Athletic Scholarship Society.
● Member of the Honor Roll.
● Youth of the Month Pueblo Exchange Club.
● Graduated sixth in class of 300.
● First in Elks Scholarship Contest 1949.
● Winner of the Alice Bemis Taylor Academic Scholarship to Colorado College.

College:
Went to Colorado College (CC) where graduated in 1953..Chosen to attend the Academic Year institute at Colorado University from Sept. 1957 to June 1958...Pursued a Master of Arts in Mathematics Education at the University of Colorado.

Achievements:
College:
Lettered and played two seasons of football for the Tigers from 1949-52.

Supplemental Narrative:
The nomination of Mr. Robert S. Trevithick although documented by many outstanding achievements and contributions would not be complete without a brief narrative filling in those gaps not covered by mere dates and events. Mr. Trevithick's accomplishments are even more outstanding when considered in the light of the difficulties he has surmounted from his childhood. Bob was the fourth boy in a family of seven boys and four girls. His Father passed away when all were still children. When he was six, his mother was elected State Mother of the Year in 1957, (Pueblo Mother in ceremony at Runyon Field). She raised this family of eleven so well that all the boys attended college and became Professional teachers, educators and/or career people. Bob Contributed to the family upkeep from the time he was old enough to work. He had a paper route (the boys at one time had three paper routes); he was parts man at the Mill, a clerk for the Post Office and even dug graves at Valhalla Cemetery.
In high school Bob was not only an outstanding athlete but was academically near the top of his class being in the National Athletic Scholarship Society and almost a permanent member of the Honor Roll.Among his many high school athletic achievement: He was captain of the football team his senior year; an “A” Squad member of the State Championship football team his junior year and the State Singles and Doubles Tennis Champion in 1948. He lettered three years in both tennis and football and his achievement of being champion will probably never be duplicated since current state ruling no longer allow participation in singles and doubles.
Bob attended CC on the Alice Bemis Taylor academic scholarship. He lettered in varsity football for two years wiht the Tigers but was forced to drop athletics for his final two years. He married in July 1951 and commuted to Colorado Springs while completing his Bachelor of Arts, receiving it on June 8, 1953. His wife Creta worked to assist the family while Bob was in college. His first child, Karen was born in 1953 and Bob started his teaching career in the of that year. After four years as a math teacher at Keating he received a National Science foundation Grant enabling him to secure his Masters Degree while studying at Colorado University. During this period his second daughter Lori was born.
With a Masters Degree in Math Education, Bob returned to Keating as a teacher of mathematics for three years. He coached all sports during his seven years at Keating. In 1960, Trevithick moved to Pueblo South H.S., returning to Pueblo Central in 1963 to teach Math and coach the tennis team. In 1971, he became Director of Athletics, his present position at Pueblo Central H.S.
From 1953 to the present Bob has continued his tennis interests as a player, Recreation Administrator, Tournament Director and Coach. During the time he is not coaching a tennis team; he has given “gratis” lessons or advice to most of the young aspiring players. He continues to win a trophy now and then in tournament tennis even though he only has time to play infrequently. Both of the Trevithick girls played and still play tennis. Bob directed the City Tennis program from 1966-1970 for the Pueblo parks and Recreation Department.
In addition to the above achievements, Bob acquired a tennis stringing machine in 1960 and has maintained a small stringing, racket repair shop in his basement for those tennis enthusiasts who will settle for only the best. His work reflecting his standards in athletics and in his career, is the best. For many years Bob has been an active member of the United Methodist Church. He Ushers every Sunday at church and has raised his family in a Christian atmosphere. This individual is truly an outstanding athlete, teacher and man and will be a credit to the Pueblo Hall of Fame.

Occupation:
Works as a math teacher and coach and activities director in School District #60 at Pueblo Central and Pueblo Centennial H.S.

Personal:
Lives in Pueblo with his wife, Creta.