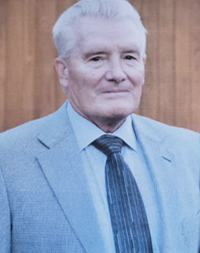 Honors:
● All-State, All-Tourney, MVP in 20 different tournaments both in-state and out of state (1972-85).
● MVP of Rocky Mountain Travel League - some of the best teams in the state competed in (1976).
● Selected to play with the ISC all-world team against the world champion All American Bar in St. Paul. Minn. (1977).
● Inducted into the Pueblo Softball Hall of Fame (2010).
● Inducted into the ASA Colorado Softball Hall of Fame (2012).

"Bob was an outstanding volunteer coach, so I knew he wasn't doing it for monetary purposes. I watched him teach the game of softball, and he also showed them how to be a class competitor. What stood out most as I watched Bob was his knowledge of the game, and his ability to communicate with the young kids. The grace and expertise he exhibited was not lost on the parents of the players either. I knew firsthand what they would say about him. They respected him when you can do that, you're special."
-- Charlie Manning, former youth sports program director Runyon Sports Complex.