Miller-Lisac was one of Pueblo's top women athletes

Considered one of Pueblo's most outstanding women athletes, Timmi-Jo Miller-Lisac is getting her just rewards.

Miller-Lisac will join a dozen others being enshrined into the Greater Pueblo Sports Association Hall of Fame on Wednesday.

"It was fun," Miller-Lisac said. "It's kind of weird because I don't feel I deserve it because I played team sports. If it weren't for my teammates and coaches, this would have never happened. I feel very fortunate.

"I'm lucky to have the parents I had taking me everywhere. My sisters were following me." 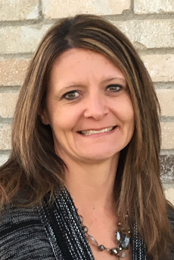 Miller-Lisac made her mark as an all-state softball and basketball player in high school and had similar success at the collegiate level in basketball.

She prepped at Pueblo County and South high schools where she took the South-Central League and state by storm.

Miller-Lisac was all-S-CL in both softball and basketball, earning numerous all-state honors and helping South win three consecutive state basketball title from 1992-1994. For her efforts, she received statewide honors, being named 4A Denver Post pitcher of the year, Miss Basketball Colorado in 1995 and was selected as the Brian Macartney award winner by the GPSA.

Then, she moved on to the next level and had success at both the University of Southern Colorado and Metropolitan State College. She was selected second-team all-Colorado Athletic Conference as a freshman, leading the team in scoring and rebounding. She again was an all-CAC selection as a sophomore and earned first-team all-CAC status as a junior and senior.

At USC in 1996, Miller-Lisac was chosen Female Athlete of the Year.

GPSA Hall of Fame member Dan DeRose had high praise for Lisac in his letter of recommendation: "Very few student-athletes excel in two sports. Timmi-Jo played better than most in softball and basketball not only in high school but also at the university level."