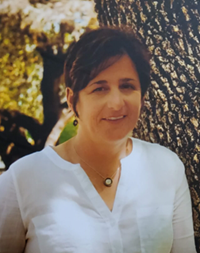 Contributions:
Leader in the Austin community and role model for others to follow...Leader in the Police Academy for new cadets...Served six years (1991-96) in center for head injuries San Marcus Langrum Rehabilitation Network...Worked Meals on Wheels... Borton is a foster parented four children and a parent of two adopted children.

Related Activities:
From 2007 to present Shelly is a "Travis Foster Parent", Works with Austin's Area Church non-profit to feed the homeless and is in a Mentor Program at Austin Independent School.

Quote:
"Above and beyond the excellence Shelly exhibited in the athletic arena, one of her finest assets was and still, is her humility. After one of her record setting performances she was just, 'Shelly'. As a result, she was a friend to all regardless if they were an athlete, a top student or low lower performing student.”
-- Gene Morenz

Photo courtesy of The Pueblo Chieftain