High School:
Attended Pueblo East H.S., graduating in 1978...Played football (tight end/linebacker), track (shot put) and basketball for the Eagles, earning a total of 12 letters...Earned All-Conference honors two years in football and made the 1st team All-State his senior year...One of very few to receive a full-ride football scholarship to University of Colorado.

College:
Went to the University of Colorado (CU) for two years (1979-80)... Played two seasons for CU as a linebacker, lettering in his sophomore year...Transferred to the University of Southern Colorado (USC) and graduated in 1983...Played linebacker on the Indians football team (1981-82)...DeRose was named to the All-RMAC team twice and earned 1st Team NAIA All-District 7 in 1982...He was the team captain 1982 and that squad considered by many as best having qualified for The 1982 national playoffs...Mark recorded had 207 tackles, six fumble recoveries, and two interceptions in his two years with USC...Also was a part of the USC track program for two years (1981-83) competing in the shot put. 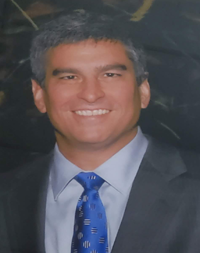 Achievements:
Football:
● Was invited to the Denver Broncos training camp in 1983 and played linebacker for a season.
● Played in the United States Football league (USFL).. Started for the Denver Gold, a member of the USFL at linebacker during the 1984-85 season...
● Played for the Los Angeles Express (Linebacker) during the 1985 season.
● Was a member of the Pueblo Crusaders for three seasons (1986-88) and as a linebacker, led the team in sacks for two consecutive years.
Coaching:
● Head football coach at Bear Creek H.S.

Contributions:
One of the original members of "The Friends of Football", who brought Football, Wrestling and Track back to CSU-Pueblo...Mark’s business "ServiceStar Development" Leads the charge in creating retail projects that help define a community and serves as the heart of many neighborhoods. Project locations include Colorado, Arizona, Florida, Illinois, Texas and Virginia...On May 12, 2009, DeRose, in conjunction with the Army and Air Force Exchange Service (AAFES), broke ground on "Freedom Crossing" at Ft. Bliss, Texas. The first ever privately operated shopping center on a military installation...Mark serves as President of two Metropolitan districts in two Colorado communities...He is a strong supporter of Colorado's National Western Stock show, including the Junior Livestock Auction which fosters young participants to seek a future in agriculture and to further their education...DeRose also sponsors teams of roping and barrel racing athletes...Mark is a member of the "Friends of Football" and East High School.

Personal:
Lives in Centennial, CO with his wife, Lanette.