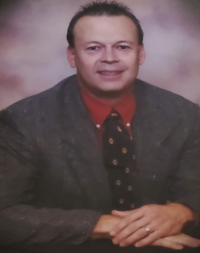 Before/During High School:
Played for seven seasons (1973-79) as a pitcher/outfielder in the Old Timers league and one season of Babe Ruth baseball (1980)...Ramos played three years of B Legion ball from 1981-83 and two seasons (1984-85) with the Pueblo Elks while attending Pueblo East H.S.

College:
Started his collegiate baseball career at Otero Junior College (OJC) where he played for one year (1985) before transferring the University of Nebraska University and playing on the Cornhuskers baseball team for three years (1986-1989)... During the summer months while in college, Ramos played for two years (1986-87) with the Pueblo Collegians and one season (1988) with the Wichita Broncos.

1994-98 (Houston Astros Organization):
● Reached childhood dream of getting to the major leagues in 1997 with the Houston Astros playing against the Colorado Rockies at Coors Field.

Coaching:
Ken used his baseball knowledge from playing to serve as the head coach of Pueblo Central H.S., for four years (2000-2003)... During his tenure as the Wildcats coach, Ramos posted a record of 76 wins against 21 losses, won four district championships and made the final four of the state baseball tournament twice and final six once.

Personal:
Lives in Pueblo with his wife, Lisa Ramos.