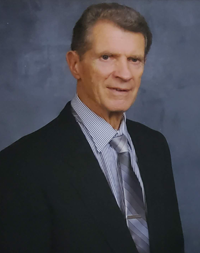 High School:
Attended Pueblo Central High School where he was a four-year letterwinner in both football and wrestling for the Wildcats...During his junior year, Kottenstette played on the state football championship team...He went to state for wrestling, winning the qualifying district championship his senior season...Karl earned the "Marie C. Rivas Award" his Senior year for best wrestler at Central.

After College:
Karl's first teaching job in Rocky Ford where he was also an assistant wrestling coach. He quit coaching when his son, Kraig started high school so he could attend all his matches...While teaching at Keating Junior High, Kottenstette started afterschool intramurals (softball, flag football, basketball, wrestling) and ran an in-school wrestling championship tournament ... volunteering his time for two years, then the city paid him.

Achievements:
● Served as a football official at both the high school and college for the Rocky Mountain Athletic Conference (RMAC).
● Refereed State High School Wrestling Championships (2001, 1999 and 1992).
● District Championship Wrestler (1967).

Related Activities:
Karl stays as active as possible while suffering from Parkinson's Disease, playing golf when he can.

Personal:
Kottenstette has lived in Pueblo for 58 years... He is married to his wife, Ann Marie...Karl is an active member of Our Lady of the Meadows Catholic Church where he also a part of the church's Knights of Columbus, giving of his time to help those in need of assistance.