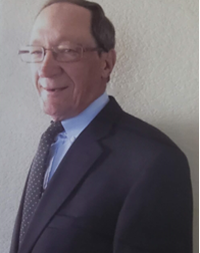 Achievements:
Basketball:
● Four-year letterman as a guard (1963-66).
● Kaplan was a two year starter and shares or holds record for career rebounds, rebounds in a season and rebounds per game.
● Named to the All-City team his senior year (1966).

Football:
● Four-year letterman as a quarterback (1963-66).
● Starting QB in three state championship games.
● Named to the All-State team in 1965 by The Denver Post-Rocky Mountain News.
● Played in the All-State football game his senior season (1966).

College:
Went to the University of Northern Colorado, Greeley, Colorado (UNC) where he graduated in 1971...Kaplan received a scholarship to the University of Colorado (CU)...He had to compete with Bobby Anderson for QB... George ended up transferring to (UNC)...Earned a football scholarship to play for the Bears... Red-shirted his sophomore year (1968) as he transferred from CU...Kaplan was the starting quarterback for UNC for two seasons (1969-70), compiling a record of 18-2.

Contributions:
Kaplan served for eight years (1994-2002) as the Athletic Director at PHS and was a member of the Colorado High School Activities Association (CHSAA) soccer committee for two years (2000-02).

Personal:
Lives in Fort Collins, Colorado with his wife, Ginny.