And gave a lesson to Hollywood icon John Wayne's granddaughter.

He even served as a line judge and issued a penalty to a brash young junior named Andre Agassi.

He transformed Centennial's boys and girls teams into high school powerhouses before turning around the program at the University of Southern Colorado. 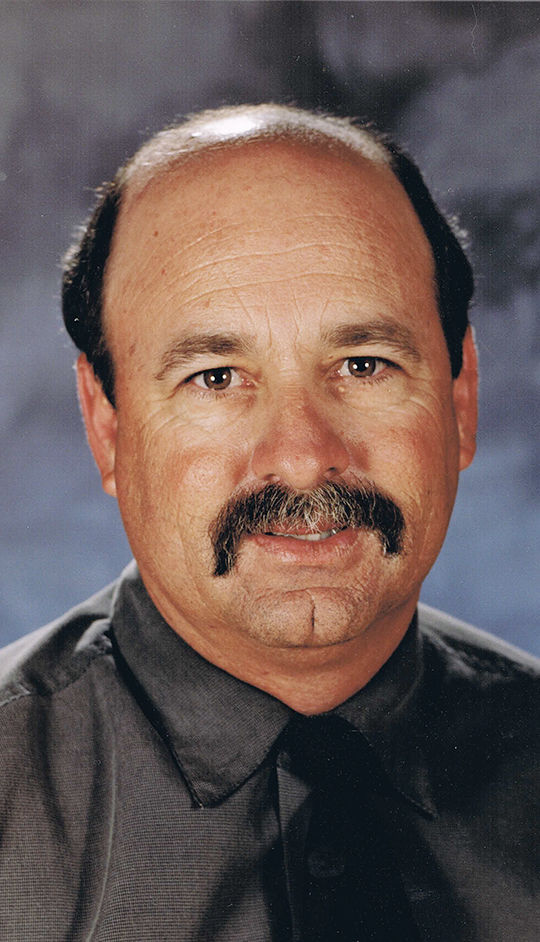 It's been a quite a tennis life for John Gallina.

For his efforts, Gallina has been chosen for the 2017 class of the Greater Pueblo Sports Association Hall of Fame.

"It's beyond words for me to say what this honor means," Gallina said. "I've been so blessed and fortunate to be around some amazing young athletes."

Gallina coached Centennial's girls to a state runner-up finish and the boys to a third-place finish.

"John really did a lot for Pueblo tennis," said local tennis guru Ed Francis, the longtime coach at East who worked closely with Gallina for many years. "John came along at a very opportune time and was a very good old-school coach who got a lot of kids to excel. He was a hard worker who was very popular with the kids."

"Nothing ever made me happier," Gallina said, "than watching a player I coached reach their goals and win a championship."

Gallina also was an accomplished tennis player as an adult. He won dozens of local tournaments in all categories in the 1980s and 1990s.

Not bad for a guy who didn't start playing tennis until he was 16 years old. Gallina was a member of the South High team that finished second in the one-class state tournament in 1974.

He modeled his coaching philosophy after the tough, hard-nosed approach of football coaches Vince Lombardi and Lou Holtz. He prided himself on motivating his players, instilling discipline and teaching them to play tennis "the right way."

"We had three-hour practices. I wanted the tennis team to work just as hard as the football team. I demanded a lot from them, but we had so many great kids and great leaders that really embraced what we were doing."

Gallina gained extensive training at the world-renowned Nick Bollettieri Tennis Academy in Florida. He is known for being a master at technical tennis instruction.

He coached the boys and girls teams at Centennial for 14 years before being offered a chance to coach at the college level.

He spent seven seasons at Southern Colorado before stepping away from coaching to spend more time with his family.

Gallina also worked as the professional at the Pueblo Tennis Club.

Gallina, 61, is still sought after as a private tennis coach.

"John is a great teacher of the sport who really cares about the people he works with," South High coach Norman Vail said. "Most of his players turned out to be very successful in life due to John's guidance."

He most recently guided Pueblo West's Sara Schoenbeck from the youth level to a second-place finish at the Class 4A state tournament in 2016. Schoenbeck also placed fourth, third and third at state.

Gallina started coaching Schoenbeck when she was 9.

"Sara's dad asked me to help with her and I gave her a lesson," Gallina said. "I could tell she had something special. Sarah had that extra gear. She never lost a conference match in four years. She embraced the sport and gave her best."

Gallina coached more than 50 athletes, boys and girls, who went to play collegiately. Seven made the NCAA Division I level.

"My life's been so enhanced by the athletes I coached," Gallina said. "I was living my own dream when I was coaching. These players allowed me to do something I dreamed of doing.

"I had some amazing kids -- and I miss them so much. They really meant a lot to me and they still do. It was so rewarding to be a part of their journey."