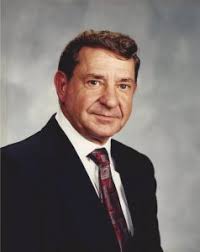 Before High School:
Played on the Old Timers baseball team which participated in the state tournament held in Grand Junction, CO, in the summer of 1949.

College:
Went to Pueblo Junior College - PJC - for two years (1953-55), played runnning back on the football team and ran the 100-220-880 relay on the track squad...Graduated from PJC with A.A. degree...Also attended Sacramento State College (SSC), in Sacramento, CA playing on the football team at running back for a season (1956-57)...Continued his post-graduate studies at Colorado State University in Ft. Collins, CO, earning a Masters Degree in Physical Education in 1959.

Achievements:
College:
● Earned All-Empire Football League honors in 1954 as a running back.
● While working on his degree, he was a member of the Rams Division II Championship handball team in 1959.

Related Activities:
● Played for the U.S. Army I Corps football team as a running back and on the defensive side of the ball from 1958-59.
● I Corps was in the Far East Conference which included teams from Japan, Korea, Okinawa.
● He was the smallest player in the Far East Conference and was the only player to play both offense and defense.
● Chosen to the All-Star team.

Occupation:
Worked as a teacher and coach.

GPSA "S" By The Numbers