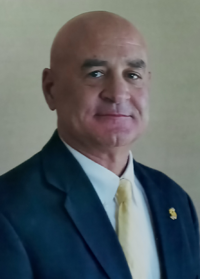 College:
Played football (running back) for one season (1980-81) at Idaho State University, before coming home and playing the same position at the University of Southern Colorado for one year (1981-82).

Coaching:
Returned to Pueblo East H.S., where he was an assistant coach for both football and track for three years (1983-86)...Ryder also spent 11 years on the bench as an assistant basketball coach from 1992-2003 before taking the reins of the Eagles program as head coach in 2004...Served as head coach for 10 years until 2014.

Achievements:
● Ryder is one of only three boys basketball coaches from Pueblo to win a state championship. Coached Jordan Gregory and Dylan Gavin.
● Posted a winning percentage of .684 as Head Basketball Coach and finished with a career record of 160-74.
● 4A Coach of the Year (2010).
● Pueblo East H.S. played for State Championship (2010).
● 4A Coach of the Year (2014).
● 4A State Basketball Champions (2014).

Affiliations:
David is a member of the Colorado High School Coaches Association.

Quote:
"His attention was always towards the kids and helping them to be successful, even when the officials made mistakes. He taught his players to take accountability for their actions and didn't allow them to blame officials or others for their shortcomings."
-- Mark Gregory

Personal:
Ryder is a life-time resident of Pueblo (56 years).