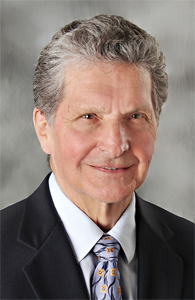 Richard BusiaJohn Salas was 9 years old when he first came upon the Busia boys.

Neither has the Greater Pueblo Sports Association. Five decades later, the sports group will honor Rich and Bob Busia together as part of the GPSA's 2017 hall of fame class.

Richard Busia is a retired coach and educator in Torrance, Calif., where coached football and wrestling for 20 years. He retired in 2003.

The late Bob Busia died at age 22 in an airplane crash while on a scouting trip for Western State College, where he was an graduate assistant football coach. Two other coaches and the pilot also died in the accident.

Salas' memories of the Busias remain vivid after all these years.

"I spent a lot of my childhood at Grandma's house in Bessemer, and the Busias represented the toughness of the neighborhood. They were the Lords of Bessemer. When I saw them play for the first time, I was impressed by their ferocity and their speed," Salas said.

"I watched Nos. 64 and 74 play at South and then followed Bob as a football and baseball star at SCSC (Southern Colorado State College, which now is Colorado State University-Pueblo). Bob would have been the ideal NFL safety by today's standards, and Rich will tell you that he was bigger and a tick faster.

"They were iconic and inseparable. They were part of South's first graduating class, with Rich the school's president and Bob its treasurer. That's why their inclusion in the hall together is so appropriate," said Salas, himself a 2008 inductee into the GPSA hall of fame.

The Busias split their prep careers playing first for Central High School and then moved to South High School when it opened its doors in 1959. Both were All-State football selection in their senior year. Rich was a state silver medalist in the discus, while Bob would sign a professional baseball contract with the Pittsburgh Pirates following his graduation for SCSC. 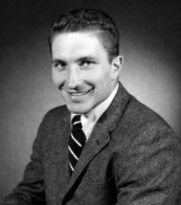 Both began their college careers at the University of Wyoming, but Bob returned home after a year to attend SCSC where he was a two-way standout (offensive guard/linebacker) in football and first baseball in baseball. He would become the first SCSC player to sign a professional baseball contract and last month was inducted into the CSU-Pueblo sports hall of fame.

Rich, meanwhile, was a linebacker for the Cowboys all four of his years at Wyoming.

"He was homesick and didn't want to stay there," Rich said of his brother's departure, which split the twins for a first time. "My experience was different than his. I wanted to stay and see what I could do there, so I didn't give it a lot of thought."

Upon his graduation from Wyoming, Rich began his coaching career at Pocatello, Idaho. After five years, he moved to Torrance where he spent 20 years coaching the South Torrance Spartans and then Torrance Tartars before his retirement.

"It's an honor to be inducted with all those great athletes and coaches Pueblo has had," Rich said from his home in Torrance. "Looking back, there have been some fine people go through Pueblo as far as athletes."